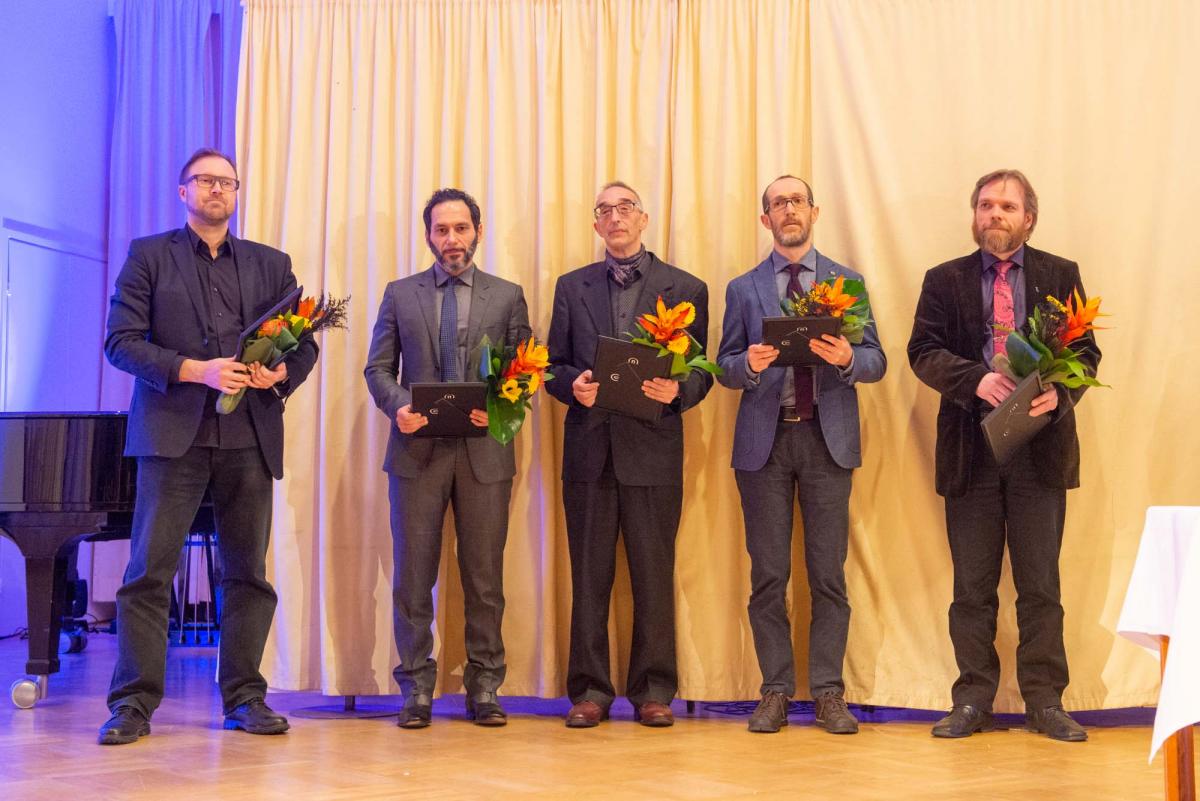 THE RESULTS OF THE IV INTERNATIONAL UUNO KLAMI COMPOSITION COMPETITION

The results of the IV International Uuno Klami Composition Competition have now been announced and the prizes were awarded after the finals concert in Kotka on November 15.

Entries for the competition were submitted by 283 composers representing 38 nationalities. The standard of the entries was so high that the jury decided to issue a list of 14 works definitely worth a performance in addition to the five selected for the finals.

The five works chosen for the finals were performed by the Kymi Sinfonietta under conductor Olari Elts at finals concerts held in Kouvola on November 14 and Kotka on November 15. The soloists were Valentina Coladonato (soprano), Oleg Larionov (viola), Risto-Matti Marin (piano) and Heigo Rosin (marimba).

The patroness of the IV International Uuno Klami Composition Competition was the Minister of Science and Culture, Hanna Kosonen.